Walter Dean Myers is an African-American author of young adult literature, but at least one of his books, FALLEN ANGELS, a coming-of-age novel set in Vietnam, was placed on The American Library Association’s list of frequently challenged books because of its adult language and realistic depiction of the war. He’s a prolific author of more than 50 books, including non-fiction and the book of photographs and verse from which today’s featured verse appeared in 1993. I like it because it’s such a dead-on portrait of a child and makes me think of my granddaughter who will soon turn seven. She’s been giggling from an early age, just as little girls should.

Jeannie Had a Giggle 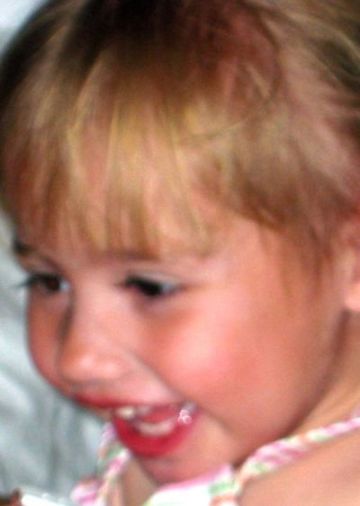 It slipped around her middle, it made her jump and shout
Jeannie wanted that giggle in, that giggle wanted out!

Jeannie closed her mouth, but then she heard a funny sound
As out that silly giggle flew and jumped down to the ground