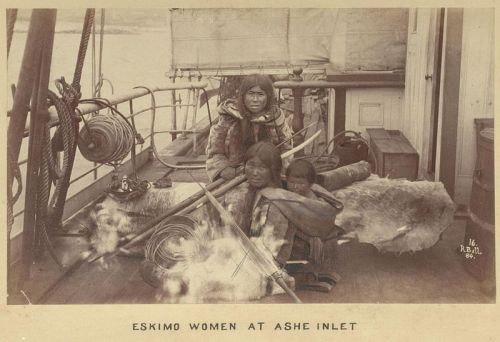 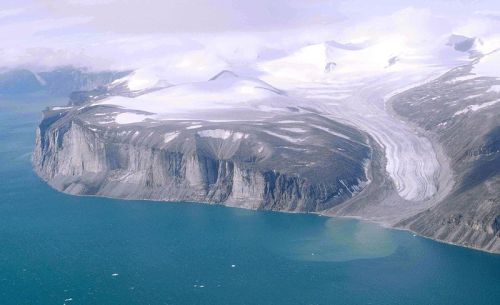 The Anthropological Film Society in our city screened an especially interesting movie a few nights ago, about the Inuits living on Baffin Island in Northeastern Canada, just above the Arctic Circle. In the pre-movie discussion, we learned that even though “Inuit” is the Canadian preferred, shall-we-say more “politically correct” term, the Inuits themselves prefer to be called Eskimo. If I could ask you–what do you remember about the Eskimo you learned about in grammar school?–chances are pretty good (for sure, if you’re American) that the first answer to pop into your head might be an image of two genderless people pressing their noses together in an icy arctic setting. That was the way Eskimos kissed. For a few days we kids would pretend to be Eskimos, blatantly rubbing our noses together in play because it was weird. We enjoyed annoying our teachers in whatever underhanded way possible for the times, which were admittedly tame compared to the mischief kids can cause these days. Other than that, we also knew that they lived in igloos “way up north,” even further north than “Yankee country” and knew furthermore that we probably would never meet one. That’s all changed now, thanks to a movie Hubby and I attended a few nights ago, Atanajurat (The Fast Runner) .

The goal of this first-ever Inuit written, produced, directed, and acted feature-film was to give international audiences a more authentic view of the Inuit (Eskimo) culture and oral tradition than the silly one I’ve related above. It shows how Inuit communities survived and thrived in the Arctic a thousand years ago. Talk about hard times! You’d think if a culture could survive conditions in the Arctic region then, today would be a piece of cake. But, according to Director Zacharias Kunik, “After four-thousand years of oral history silenced by fifty years of priests, schools, and cable TV,”  a movie like this will give Inuit audiences more positive and correct images of themselves. At the same time, it opens the possibility that this new storytelling medium of film is a way to help today’s Inuit communities, still limited by harsh conditions and limited opportunities, might continue to thrive long into the future.

The running time is 170 minutes, but I was so engrossed with this very different scenario about a people I hardly knew anything about, I hardly felt those nearly three hours! And the seats in the art museum’s auditorium weren’t all that comfortable. Made in the late 90s, debuting in 2001, The Fast Runner went on to become Canada’s top-grossing release of 2002, and in 2004. It was included in the list of Canadian Top Ten Films of All Time, and went on to win many more awards, including one at the 2001 Cannes Film Festival. What fascinated me most, however, was that the movie managed all this with a cast made up entirely with members of the community of Igloolik. In earlier Isuma dramas as well as the 13-part Nunavut (Our Land) Series shown on Igloolik community TV (1995-2007), the actors were given a general storyline and then improvised action and dialog. In this movie, the Director (Kunik) required the actors to learn and work from a script. With mixed success, according to Professor Loab, the anthropology professor who held a copy of the script in the air during the post-movie discussion period. The complicated plot is  based on an Eskimo legend of Atanajurat, and difficult as it was for me to distinguish characters and names, it all came together at the end.

In 1000 A.D., evil in the form of an unknown Shaman divides a small community of nomadics, upsetting its balance and spirit. Circumstances require Atanajurat to restore balance by enduring and conquering this evil menace. Basic plot:

Centuries ago, in what would become the Canadian Arctic, Atuat is promised to the malevolent Oki, son of the leader of their tribe. But Atuat loves the good-natured Atanarjuat, who ultimately finds a way to marry her. Oki’s sister, Puja also fancies Atanarjuat, and when she causes strife between him and his brother Amaqjuaq, Oki seizes the opportunity to wreak a terrible revenge on Atanarjuat. The legend this film is based on ends with the hero killing the brothers who have been tormenting him.

Paul Apaq, the writer, rewrote the ending for the film because he felt that a message of hope was needed. If you want to know the ending you’ll not hear it from me, but I’m happy to note the movie is available on Netflix, though only to DVD subscribers. Hopefully, it will be available for instant streaming very soon. I hate to end on a sad note, but writer Paul Apaq–who also played the part of Oki, incidentally–died in 1998, before the film was brought to the screen. Isn’t it too bad he didn’t live to see the impact his new ending gave to this oral Eskimo legend!

11 thoughts on “legend of Atanajurat, The Fast Runner”