Okay, I admit I had no idea my stats were this good and I risk being thought of as a swelled head by posting it at all, but I was thinking I was lucky to get a hundred hits a day here at Wintersong. At some point I realized that writing posts was basically for me, because otherwise I have no discipline to write the things I always wanted to write down for posterity or whatever, or just to confirm that when I die there’s something left behind that show that I was not only here, but tried to do more than occupy space and use up resources. Not that Wintersong is any great achievement, but the stats helper monkeys at WordPress.com mulled over how this blog did in 2010, and here’s a high level summary of its overall blog health:

The Blog-Health-o-Meter™ reads Wow.  Candy (my English prof in the mid-80s at Ohio State) was right that I’d find my voice (and presumably my audience) if I just didn’t give up.   What does this all mean? I guess it confirms that I’m a blogger now. So, barring future disasters similar to the one from early 2010, I’ll keep going. 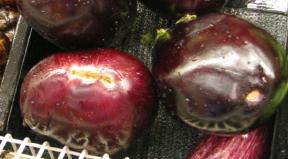 About 3 million people visit the Taj Mahal every year. This blog was viewed about 34,000 times in 2010. If it were the Taj Mahal, it would take about 4 days for that many people to see it.

The busiest day of the year was December 14th with 231 views. The most popular post that day was Party Christmas Story for Random Gift Exchange.

Where did they come from?

The top referring sites in 2010 were urban-archology.blogspot.com, mail.yahoo.com, Google Reader, facebook.com, and google.com.

These are the posts and pages that got the most views in 2010.